"First-rate equipment, constant modernising and possibly the best schooling leads to the success of your children."

From the history of the school 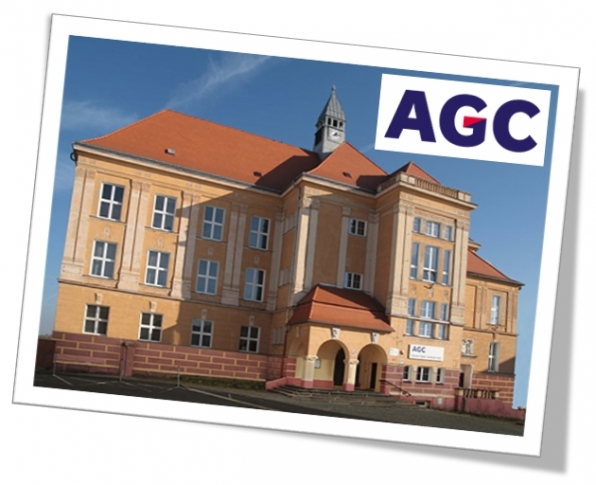 Since the 1st of September 2007 the school was given the name Secondary Technical School AGC a.s. (AGC means Asahi Glass Company and this firm is the largest producer of flat glass in the world).

The school´s international cooperation has continuously developed since about 1992. At first, there were activities developed with German educational centres InterDACT Freiberg and Brand Erbisdorf, then with Saxonia Halsbrücke and KAS Köningsbrück. The cooperation with Danish centres AOF Nykobing and AOF Vordinborg started in 1994 and with other schools Naestved and Koge Business College in 1995.

The activities concerning Leonardo da Vinci projects have been extended since 1997. These are the activities for Ireland - Waterford Crystal, Waterford TI, England - Wedgwood and Stafforshire University, Swedish Nybro and FHTW Berlin. Student and teacher exchanges have been opened with German ABW Angermünde and CFBA Chemnitz. The school has also developed new contacts with German schools in Zwickau – Volkswagen Bildungs Institut and Benedict school Zwickau, with Danish colleges in Slagelsee, Swedish Haganaskollan Almhult and De la Gardien Skolan Lidköping, the French university UIV Aix en Provence, a Lithuanian High School in Vilnius and the Norwegian schools GVS Fredrikstad, GVS Gjovik, RVS Raufoss. In the framework of the network INCONET cooperation has been extended to schools in Poland – ZDZ Gorzow and Hungarian school AGKS Miskolc. Newly we have begun contacts with FFU Chemnitz, Fortis Academy Chemnitz in Germany, Lithuanian Centre Visaginas, Slovakian OA Stará Lubovňa and High Technical Institute in Bor in Russia. And this is not even a full list of our international activities. This is one of many benefits sudents receive at our school.